CABI has worked with farmers in Uganda to develop a video drama on better banana management to help encourage more efficient farming practices and ultimately increase productivity for banana growers. Farmers have doubled, and in some cases even trebled, their banana production as a result of the ‘Banana and I’ dramas. 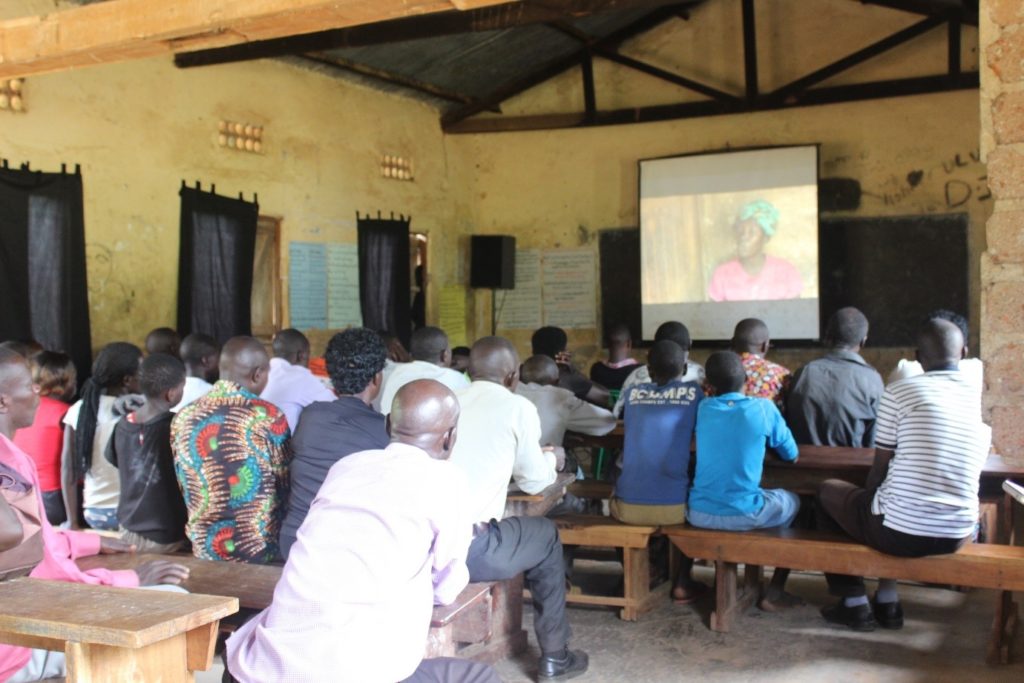 Passing on skills in banana management to farmers
Previous Next

Uganda is the second largest producer of bananas in the world with more than 75% of all farmers growing the country’s staple food. However, a combination of complex pests and diseases, nutrient deficiencies, drought stress and poor management practices have impacted productivity significantly, affecting food and income security.

To help farmers in Uganda gain better access to banana farming information, CABI and partners looked at new and novel ways to deliver messages about banana management to smallholders. Aside from extension guides, story charts and a 12-week radio campaign, the team chose dramas.

CABI worked with farmers to develop a video drama on better banana management with five episodes translated into two languages. Created for small-scale banana farmers in Uganda, with contributions from the farmers, the dramas were also performed by the smallholders themselves to increase their local appeal, encourage more efficient farming practices and ultimately increase productivity for banana growers.

The dramas, named ‘Banana and I’, have been screened 15 times across Uganda reaching a total of 2,266 men, women, teenagers and children in banana-farming communities. The productions shed light on myths that prevent farmers from embracing better banana management practices and encourage young people to take up banana farming.

The cumulative knowledge from resource materials and trainings has led to improved banana plantations with good crop vigour and banana bunch size. In Rwimi, productivity among participating farmers increased from 11.2 ton/ha/yr to 31.8 ton/ha/ yr, in Birere from 11.0 ton/ha/yr to 19.5 t/ha/yr and in Nakaseke from 5.6 ton/ha/yr to 11.8 ton/ha/yr.

CABI is working in partnership to share its expertise in creating, managing, curating and disseminating scientific information as part of a project to help boost banana production worth $4.3 billion to the economies in Uganda and Tanzania.

CABI scientists have today raised concerns that an attack on the world’s banana production is worse than first feared, with a perfect storm of three pests having the potential to decimate around $35 billion worth of crops.