Since the late 1980s, CABI has been working on a solution to control the desert locust (Schistocerca gregaria) considered one of the most devastating crop pests in the world. CABI led an international team that developed a safe and effective biological control product for use against locusts and grasshoppers and went on to license the product to the company Éléphant Vert. In October 2020, Green Muscle was used at its largest ever scale in Somalia, spraying more than 100,000 hectares of crops. 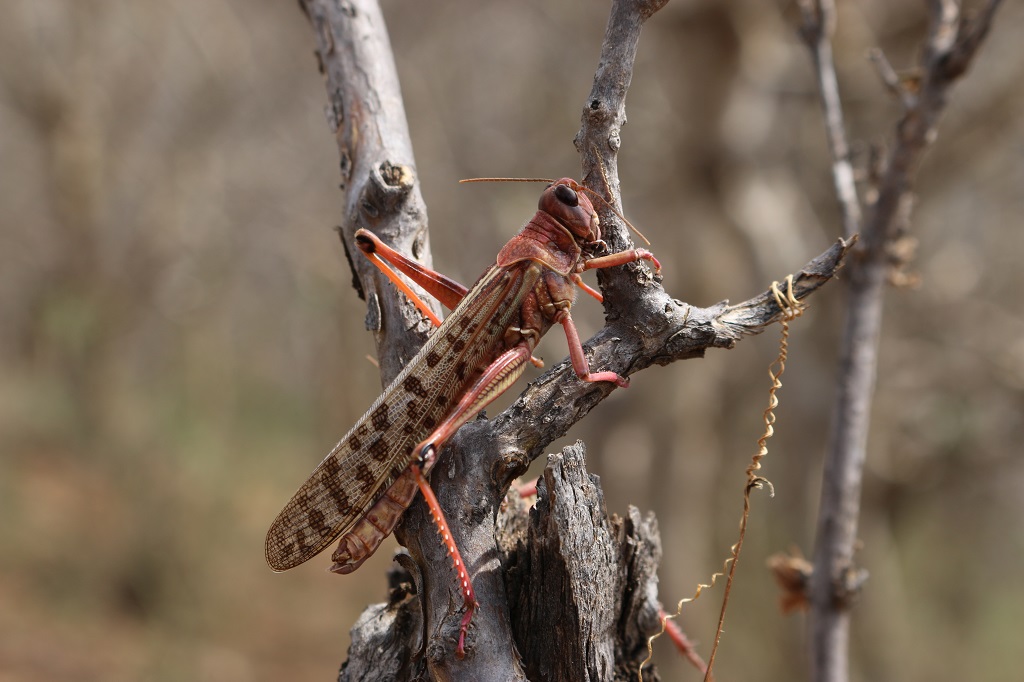 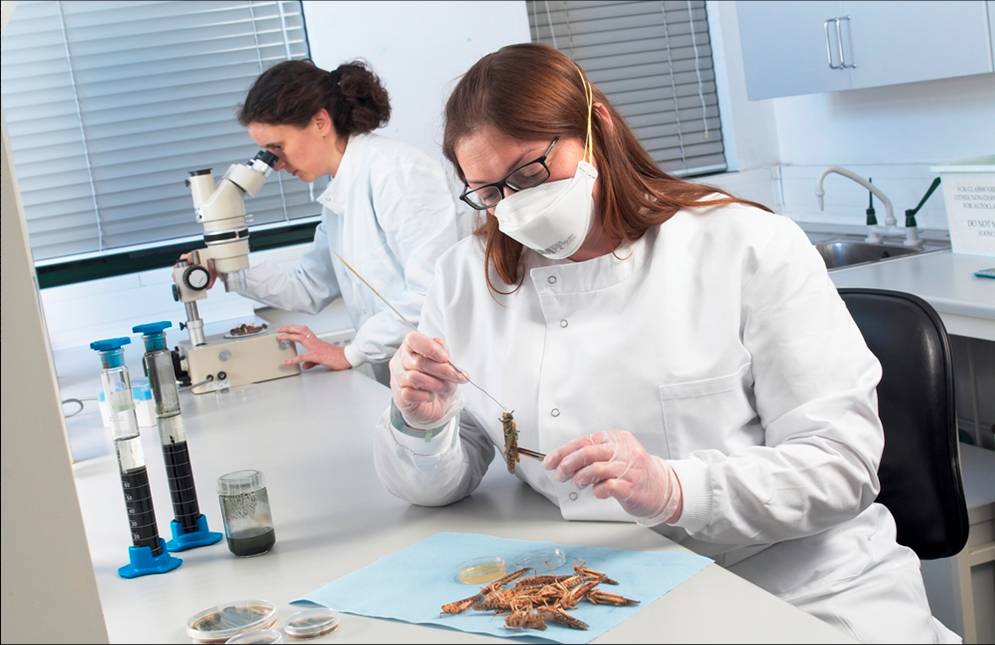 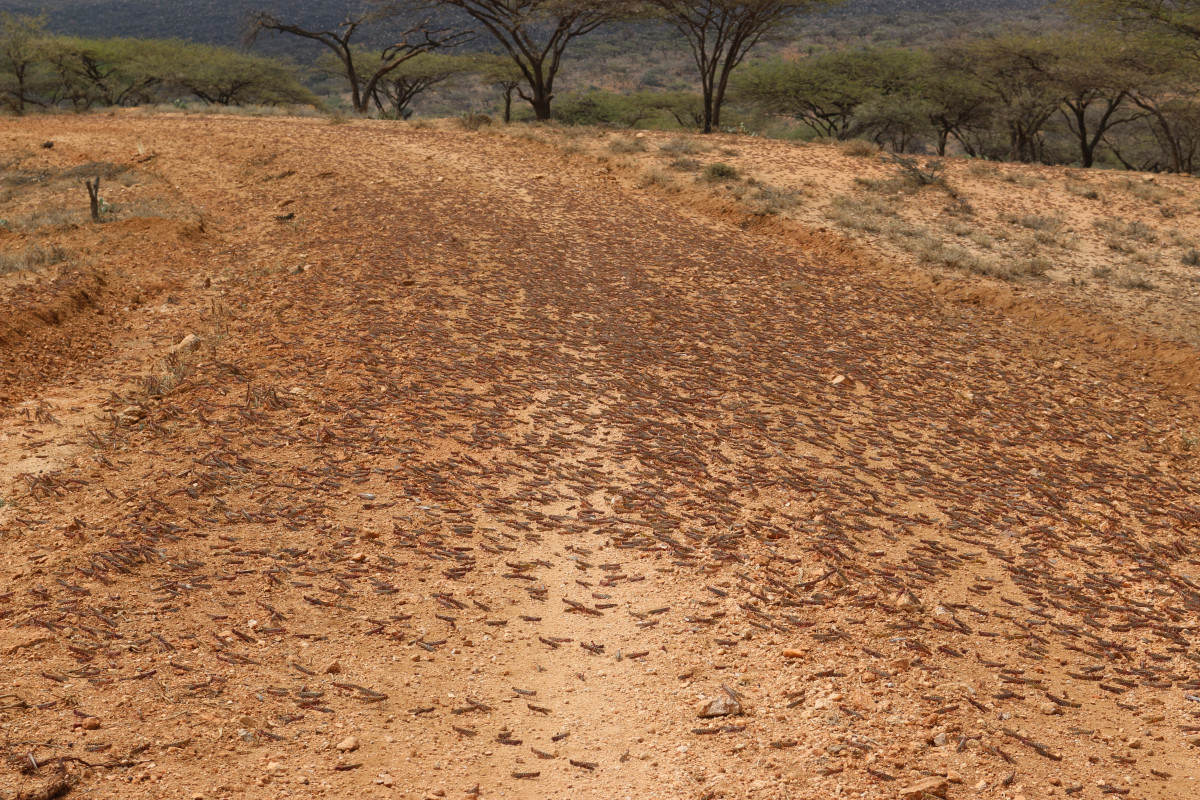 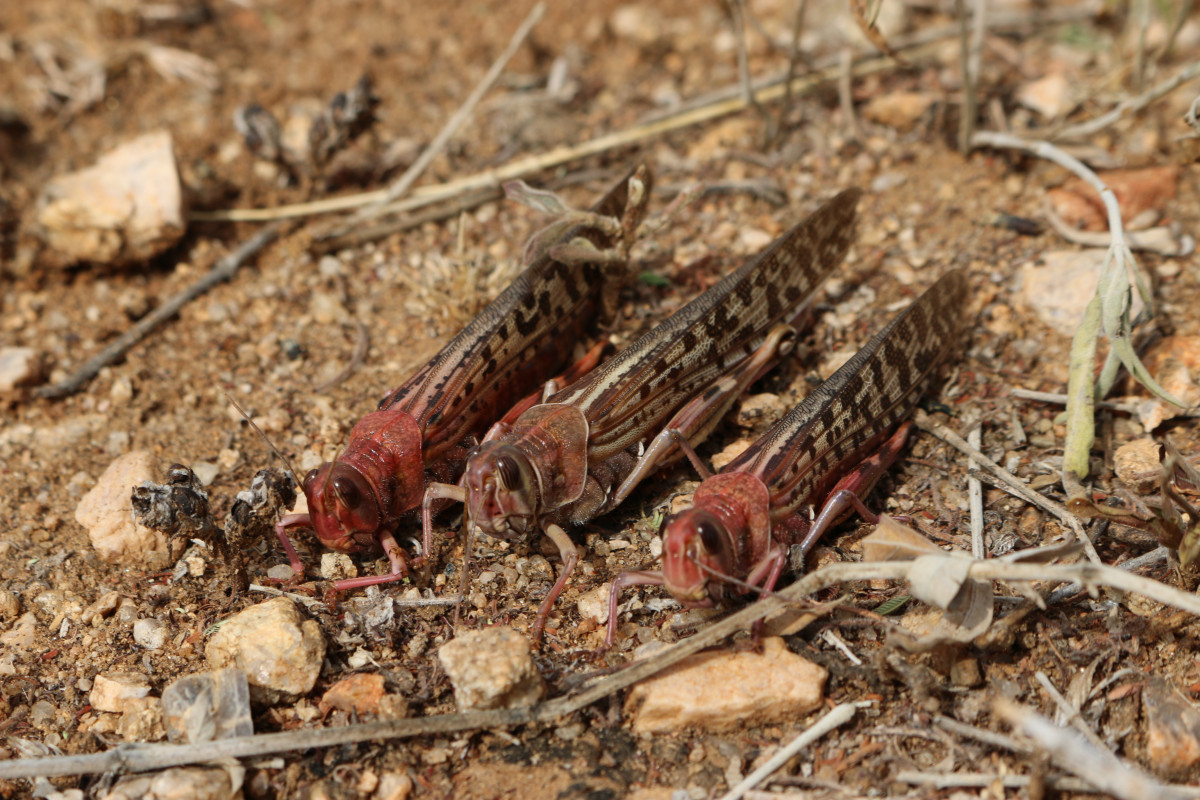 Trio of desert locusts
Previous Next

In 2019-2020, according to the Food and Agriculture Organization (FAO), around 20 million people in Ethiopia, Kenya, Somalia, South Sudan, Tanzania and Uganda faced acute food insecurity due to swarms of desert locust. In Kenya, the outbreak represented the worst locust crisis in 70 years; by its peak, the country was tackling over 500 swarms in 28 of Kenya’s 47 counties.

Locusts and grasshoppers regularly decimate crops in many parts of Africa and Asia with locusts, in particular, responsible for invading in swarms of millions, leaving behind ravaged fields and putting food security and livelihoods at severe risk.

CABI has been working to control the spread of locusts since the late 1980s, when the organization led an international team that developed an effective and safe biological control product for use against locusts and grasshoppers. In 2009, the FAO reported that the product had effectively treated 10,000 hectares of locust-infested land in Tanzania, where a full-blown invasion would have threatened the food crops of 15 million people.

CABI licensed the product, now called Green Muscle™, to Éléphant Vert. This preventative biopesticide tackles young generations of locusts before they become adults and start to fly. CABI created five videos in four languages (Arabic, English, French and Russian) explaining how Green Muscle™ works and how it is used.

Africa’s 2020 locust crisis saw Green Muscle™ used at its largest ever scale, with the FAO spraying it over more than 100,000 hectares in Somalia.

CABI also joined forces with the Mercy Corps AgriFin programme to reach over five million farmers in Ethiopia and Kenya with advice on how to identify and tackle locust swarms which threatened to destroy their crops. A CABI-led drones project is working to control locusts through pest mapping and precision spraying.

CABI has teamed-up with Swiss biological control producers ÉLÉPHANT VERT to lead a fresh fight against the global scourge of crop-destroying locusts and grasshoppers with a safe and environment friendly product – Green Muscle™.

The desert locust, Schistocerca gregaria (Forskal), is arguably the most destructive agricultural pest, globally. During 2019 and 2020, the changing weather created conditions that are favoured by the desert locust for rapid reproduction and migration and led to the pest spreading through the Horn of Africa, East Africa, Arabian Peninsula, South West Asia and West Africa. It is estimated that over 25 million people in Ethiopia, Kenya, Somalia, South Sudan, Uganda and Tanzania will face acute food insecurity in 2020 due to the desert locust plague. This initiative tests the use of drones as a new technology to complement traditional desert locust management measures, including the development of Standard Operating Procedures for optimal use of the technology. The project is initially trialled in Kenya with the potential for scaling to other affected African countries.