You are here: Home / Projects / Controlling floating pennywort in a safe and sustainable way

Controlling floating pennywort in a safe and sustainable way

Floating pennywort is an invasive aquatic plant capable of covering water bodies in the UK, threatening delicate habitats, native plants, fish and insect communities. Also a problem across much of Northern Europe, this plant has a rapid growth rate and can regenerate from small fragments. Management is mainly limited to mechanical clearance which is expensive, labour intensive and often ineffective. Through comprehensive specificity testing, this project aims to identify the safest and most effective biocontrol agent to keep the plant in check in the invasive range. 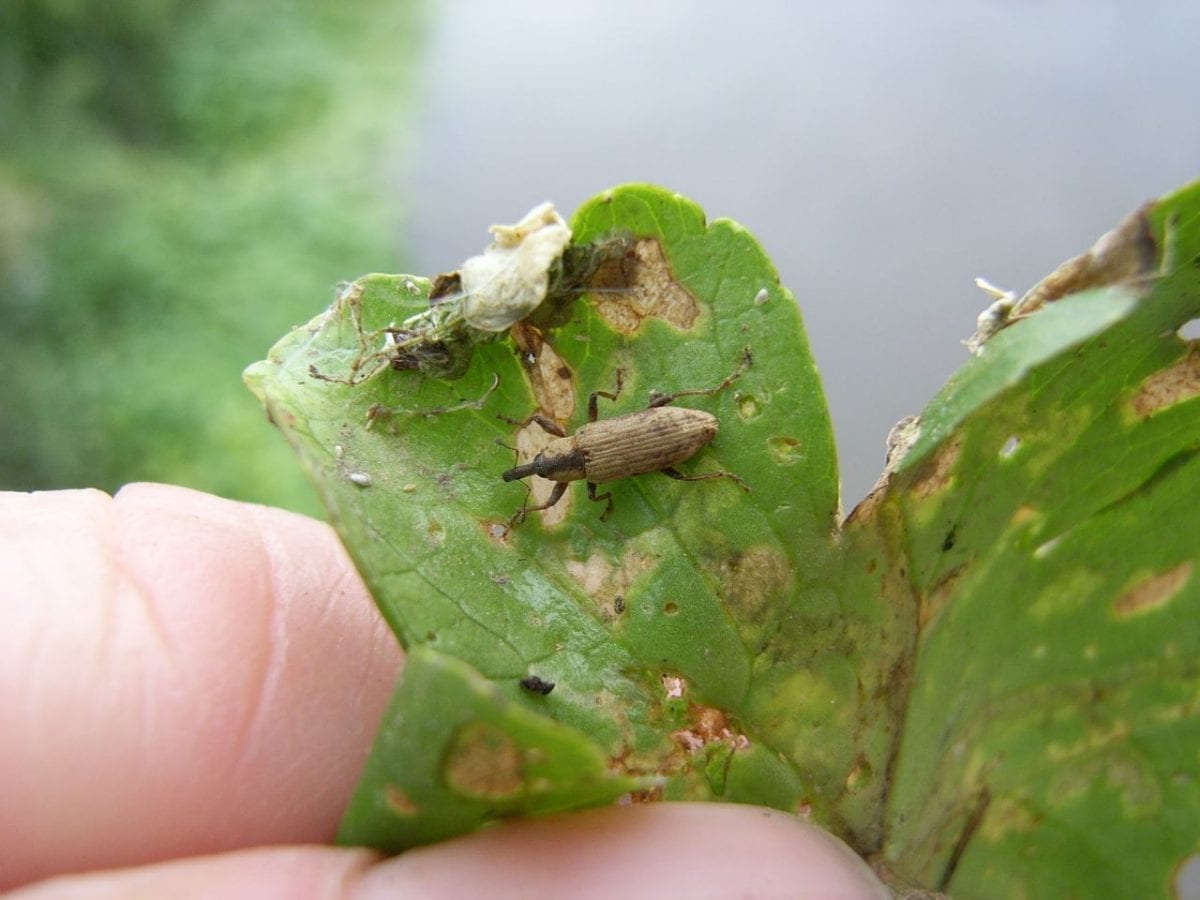 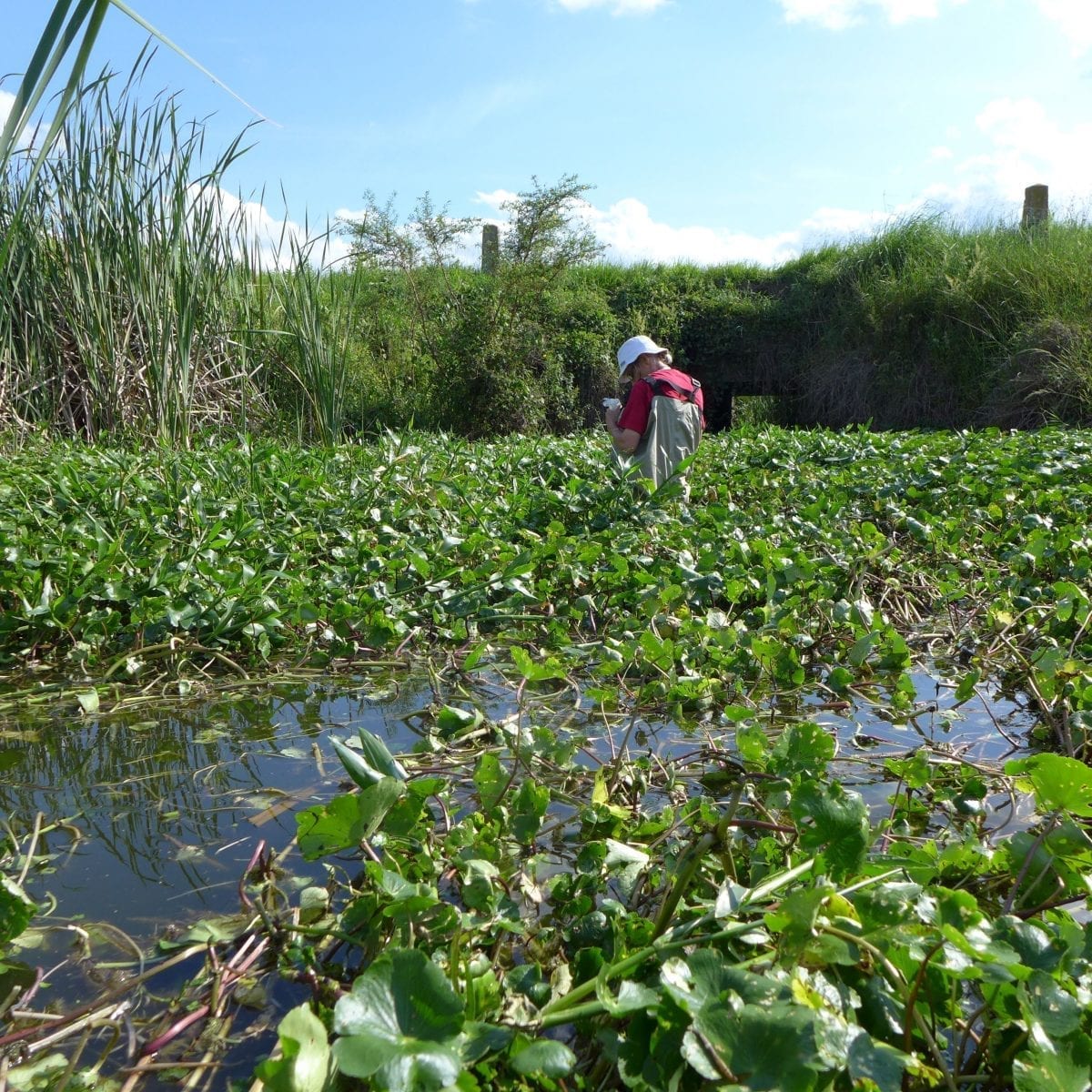 Surveying for natural enemies of Floating pennywort in the native range 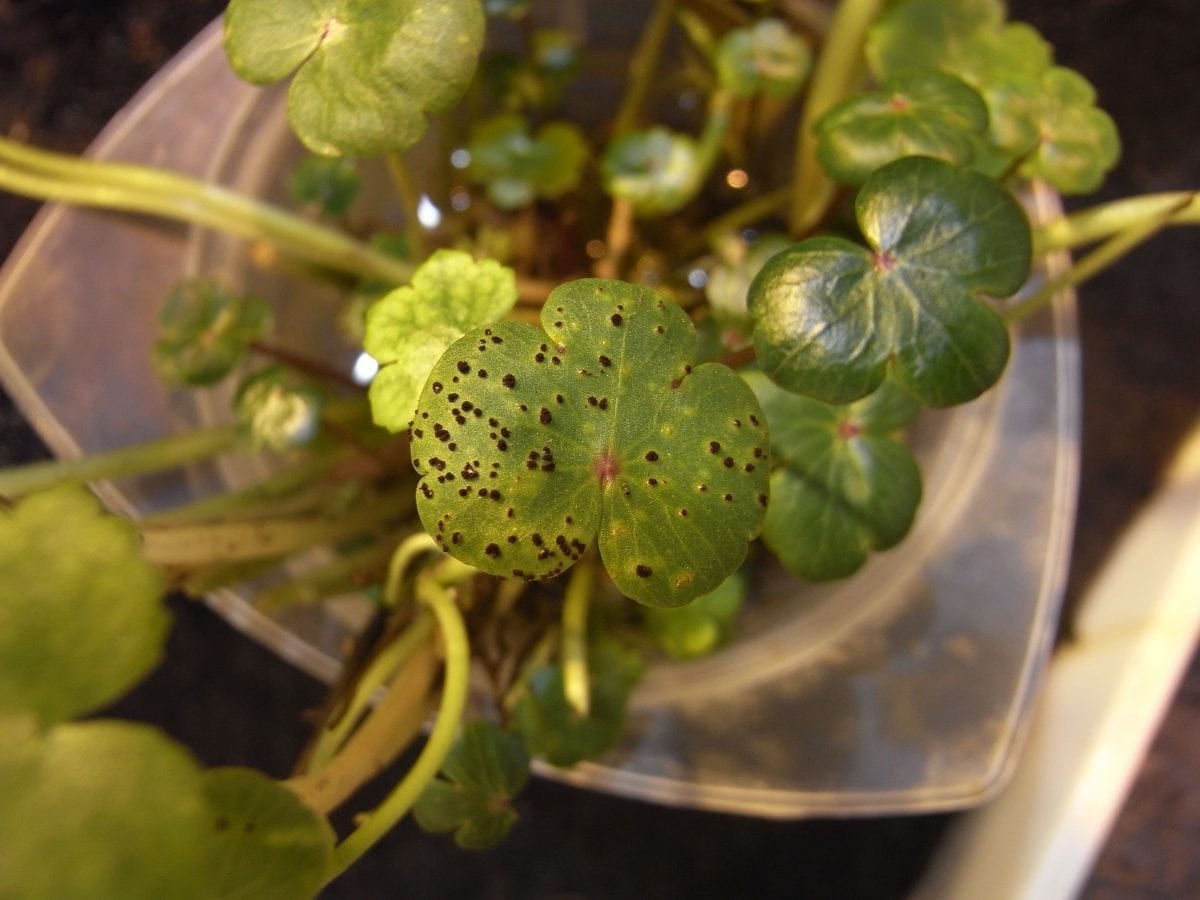 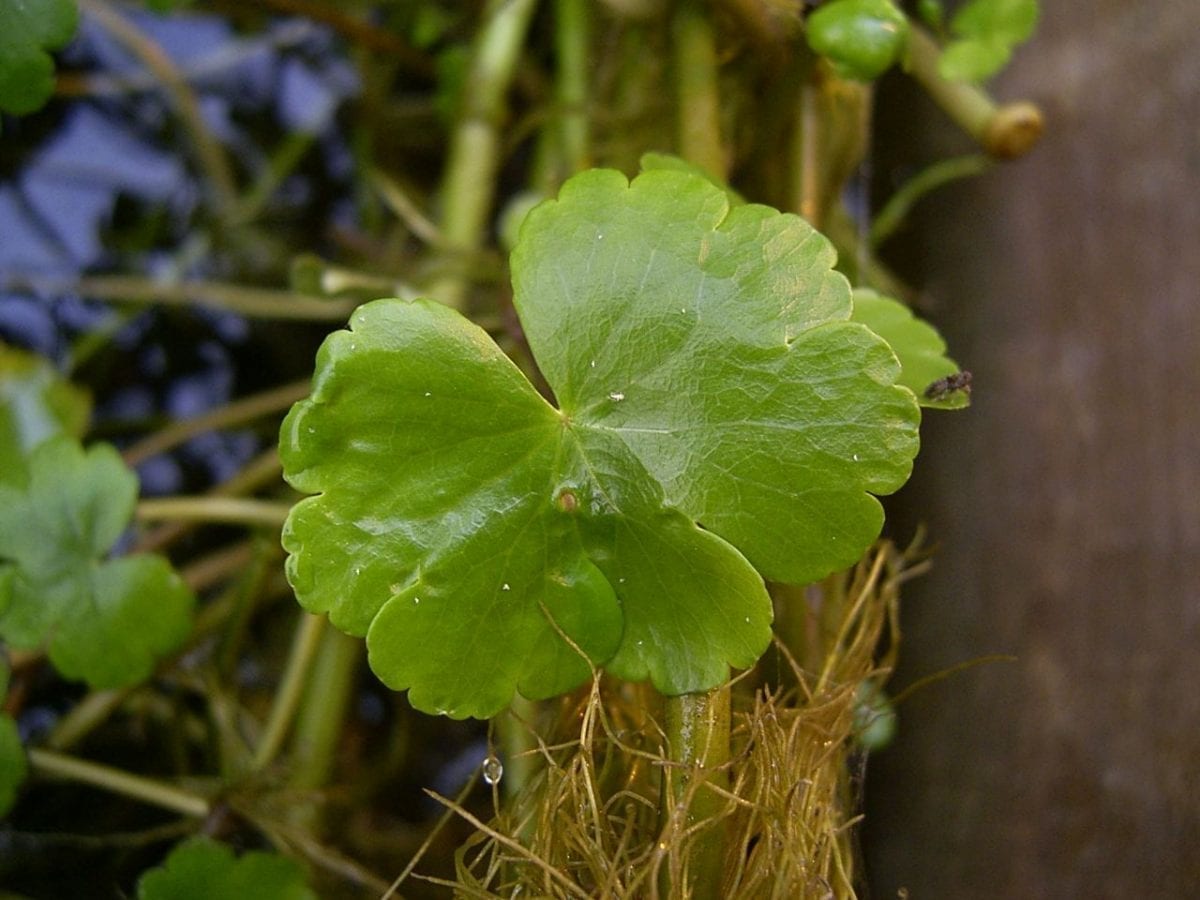 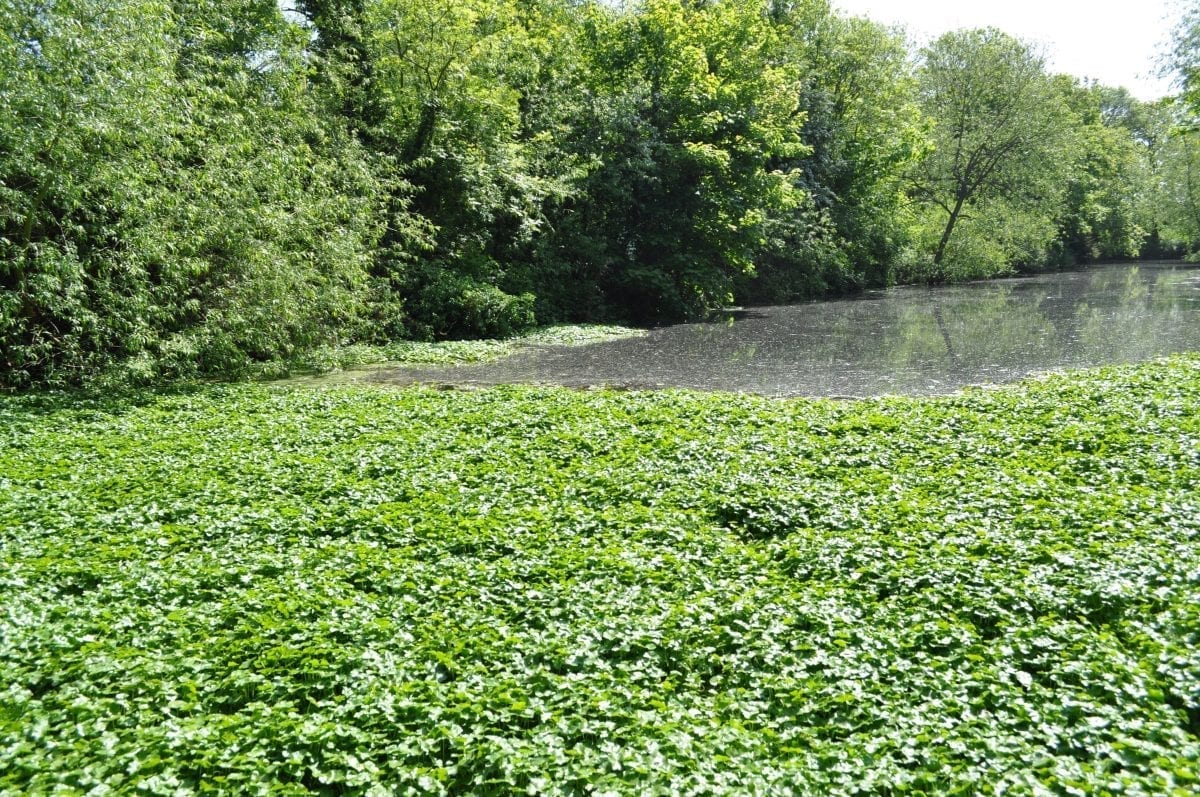 Dense Floating pennywort cover on a UK river
Previous Next

Floating pennywort, Hydrocotyle ranunculoides, is a strong contender for the title of worst aquatic weed in the UK. Originating from Central and South America, the plant arrived in the UK in the late 1980s as an oxygenating ornamental plant for the aquatic trade. It didn’t take long however, for it to escape cultivation and spread rapidly in England, as well as other European countries, such as the Netherlands and Belgium.

Floating pennywort can grow up to 20cm per day and can regenerate from tiny fragments. With restrictions on chemical use near water, management tends to largely rely on sustained and labour intensive mechanical and manual clearance which can exacerbate spread if the plant is fragmented.

This aggressive invader already cost millions (Euros/UK Pounds) to control across Europe and Great Britain. Costs linked to the management and the impact on tourism and recreational activities are estimated to exceed £25 million per year.

Furthermore, impacts on biodiversity and habitats, through degradation of important wetland ecosystems and competition with native species are equally important, though harder to quantify.

Due to its significant negative impacts on biodiversity and the economy, it is listed on Schedule 9 of the Wildlife and Countryside Act in England and Wales, making it an offence to plant or, otherwise, cause it to grow in the wild and it is banned from sale.

As a species designated to be of European Union concern (EU implementing regulation (2016/1141), strict restrictions apply to the species and it cannot be imported, kept, bred, transported, sold, used or exchanged, allowed to reproduce, grown or cultivated, or released into the environment.

The project sought to identify the safest and most effective natural enemies (insects, pathogens) of floating pennywort in the native range and test their potential as biocontrol agents.

To do this, CABI undertook exploratory surveys to Argentina, with support from collaborators, exported the most promising agents to the UK and undertook comprehensive testing (host specificity testing) against an approved list of non-target plants (to ensure they didn’t attack related species and important native or commercial species).

The Defra-funded research began in 2011 and after a decade of safety testing and research, a South American beetle has finally been approved for release in England to act as a natural pest control.

The weevil, Listronotus elongatus, is a floating pennywort specialist, evolved to only feed and develop on floating pennywort in its centre of origin and is the fourth weed biological control solution approved for release in the UK.

CABI scientists and South American collaborators undertook surveys in the native range and identified a number of very promising insects and fungi associated with floating pennywort – the weevil, Listronotus elongatus, was prioritized. The adults feed on the leaves of floating pennywort and lay their eggs in the petioles of the plant. Their larvae then mine the stems and stolons of the plant and in doing so, reduce the vigour and growth of the plant, reducing biomass and spread, allowing native species to compete more effectively.

In consultation with a Steering Committee, a comprehensive test plant list was developed and approved for the UK, with pertinence to our European neighbours. Authorization to export the Listronotus weevil from Argentina was successfully obtained in 2014 and specificity testing against the carefully selected list of non-target species was the focus of five years of research. Other agents with potential were also assessed in parallel but were not deemed suitably specific.

A comprehensive scientific dossier (Pest Risk Assessment) was submitted to the UK regulators and underwent peer review, public and stakeholder consultation. The weevil was subsequently given ministerial approval for release in 2021 and a coordinated release strategy will begin during the summer of 2022 to trial the weevil at selected sites in England to try to establish populations. Preliminary overwintering trials are underway to assess behaviour and persistence in the field.

CABI will be working in partnership with stakeholders and environmental groups to deliver this next exciting phase of the project and has received funding from a range of stakeholders (including Defra, Natural England, Affinity Water/Colne Valley Fisheries Consultative, with other parties in consultation) to support the labour-intensive weevil rearing and plant maintenance and to facilitate additional research, field trials and monitoring across the country.

In addition to the research work, it is vitally important to continue raising awareness of non-native species and their deleterious impact across Europe so that the public, their elected representatives and government agencies are aware of the risks posed and the potential solutions that are available to tackle these growing problems. 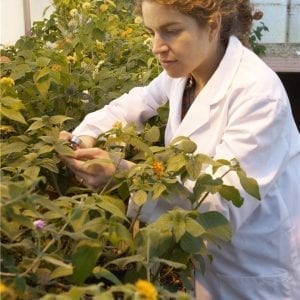 UK Invasive Species Week – how can we tackle some of the worst weeds in the UK?