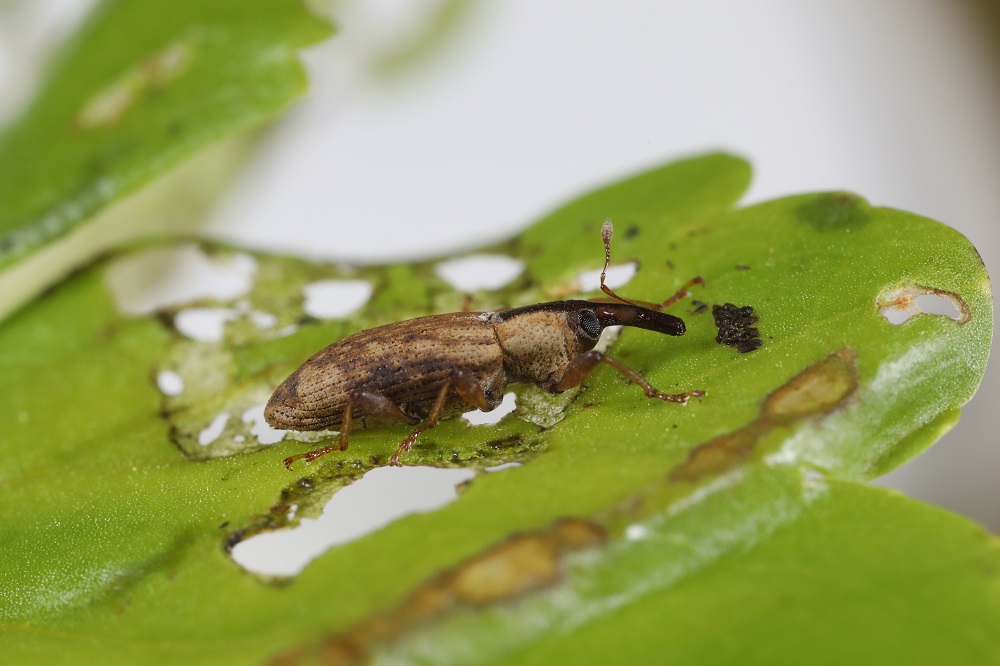 CABI research has been at the forefront of a world-first after a South American weevil more than 10 years under study has been released in England to sustainably fight the invasive non-native species floating pennywort.

The release was timed to coincide with Invasive Species Week 2022. Invasive Species Week is an annual national event to raise awareness of the impacts of invasive non-native species, the simple things that everyone can do to prevent their spread, and some of the fantastic work taking place across the UK, Ireland, Jersey, Guernsey and Isle of Man to protect the environment and reduce their impacts.

Since 2011, CABI, with Defra funding, has been investigating the potential use of a biocontrol agent for floating pennywort which has the ability to grow up to 20 centimetres each day. It forms dense rafts over rivers and harms native plant, fish and invertebrate species, through competition and cutting oxygen levels in water.

Following a decade of safety and efficacy testing, South American weevils, Listronotus elongatus, have been released to manage the plant and minimise its impact on watercourses for those who use them and the wildlife that rely on them.

Adult weevils feed on the leaves of floating pennywort and females lay eggs into their stalks. The larvae then eat into the stems of the plant, reducing its ability to grow and spread further.

This is the first use of a biocontrol for floating pennywort across the globe, and only the fourth agent ever released in the UK to tackle non-native plants. The releases were carried out over the winter, with more scheduled for this summer, working alongside the typical approach to managing the plant, which involves physically cutting and extracting it from our waterways. 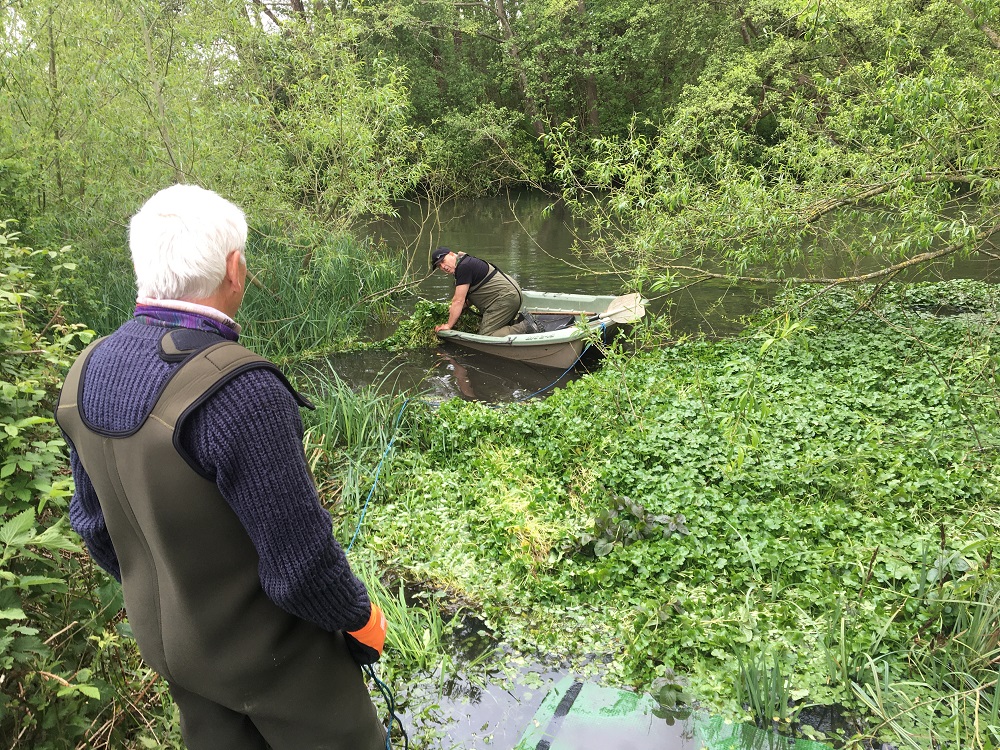 Floating pennywort causes dense mats that cover the water’s surface – such as here on this water course on the Colne Valley (Credit: Djami Djeddour).

Minister for Biosecurity Lord Benyon said: “It is important that we tackle invasive non-native species to protect our native plants and animals and safeguard our environment, economy and health.

“We all have a role to play in stopping the destruction caused by floating pennywort – and the release of the South American weevil will boost our efforts to eradicate this pest from our waterways once and for all.”

Trevor Renals, Senior Technical Advisor on Invasive Species at the Environment Agency, said: “Releasing South American weevils offer us a safe and self-sustaining management option for floating pennywort without the cost and damage associated with herbicide treatment and mechanical removal. It’s a natural solution to a problem that we anticipate could get much worse as our winters get milder due to climate change. We need to act now.”

Djami Djeddour, Senior Scientific Officer, CABI, said: “Following years of extensive research into the potential biocontrol of floating pennywort, we are pleased and excited to have released the weevil into the wild. Field studies by CABI scientists and collaborators in South America found this weevil to be the most promising agent and after comprehensive screening in CABI’s quarantine facility in the UK, it was confirmed to be highly specialised, only feeding and developing on this damaging weed.”

Further releases will begin later this year, supported by a range of sponsors, and the weevil’s impact, establishment and spread will be closely monitored.

The announcement, in marking Invasive Species Week, will culminate with a weekend of volunteer activity to tackle the spread of floating pennywort. This includes a large removal event on the River Wey – organised by British Canoeing and the Angling Trust – where volunteers will cut down and remove floating pennywort from the water.

All waterway users are reminded to Check, Clean, Dry after leaving the water to help prevent the spread of invasive species.

Main image: The Listronotus elongatus weevil has been released to control floating pennywort after more than 10 years of research (Credit: CABI).

The Department for Environment, Food & Rural Affairs, Environment Agency and The Rt Hon Lord Benyon published a press release in relation to this story which can be read in full here.

The story has been covered by national news outlets including BBC Farming Today (3mins 14 secs into the programme of 18 May 2022), The Guardian, The Telegraph and ENDS Report.

Read more about CABI’s work to ‘control floating pennywort in a safe and sustainable way’ from the project page.