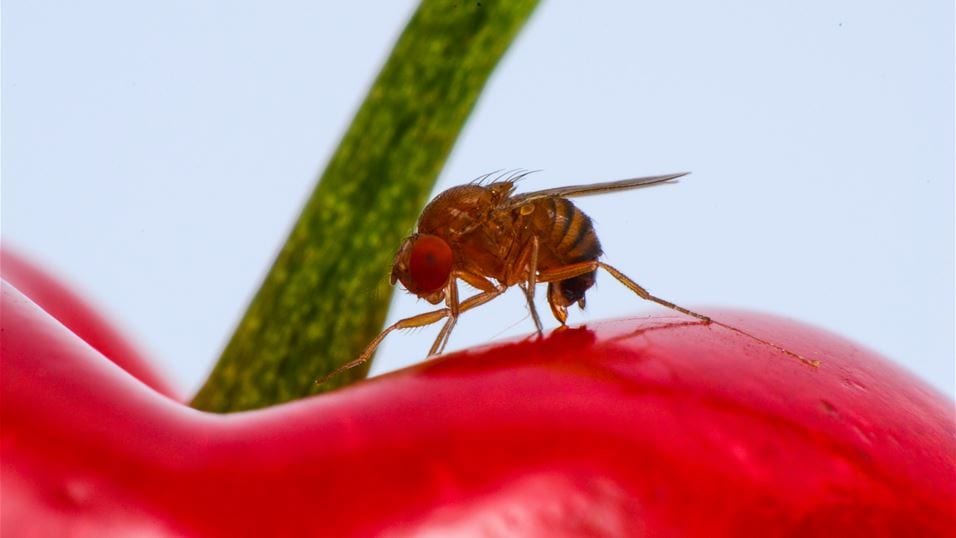 11 January 2019 – CABI scientist Dr Lukas Seehausen has updated delegates at the International Soft Fruit Conference in s-Hertogenbosch, in the Netherlands, on the very latest research in the fight against the devasting fruit fly Drosophila suzukii.

Dr Seehausen, a research scientist in risk analysis and invasion ecology based at CABI’s Swiss centre in Delémont, said a biological control agent, the parasitoid Ganaspis cf. brasiliensis, could soon be released to manage the invasive pest in Europe.

Since 2008, this Asian fruit fly has invaded several continents and has become a very serious phytosanitary risk and challenge to fruit production attacking over 150 wild and cultivated fruits, including cherries, blueberries and strawberries, as well as the fruits of ornamental plants.

Dr Seehausen and other colleagues from CABI, including Dr Marc Kenis, Dr Tim Haye and former PhD student Pierre Girod, have been investigating options for classical biological control of Drosophila suzukii as part of a project that includes scientists from INRA, the French National Institute for Agricultural Research, and Yunnan Agricultural University, China. 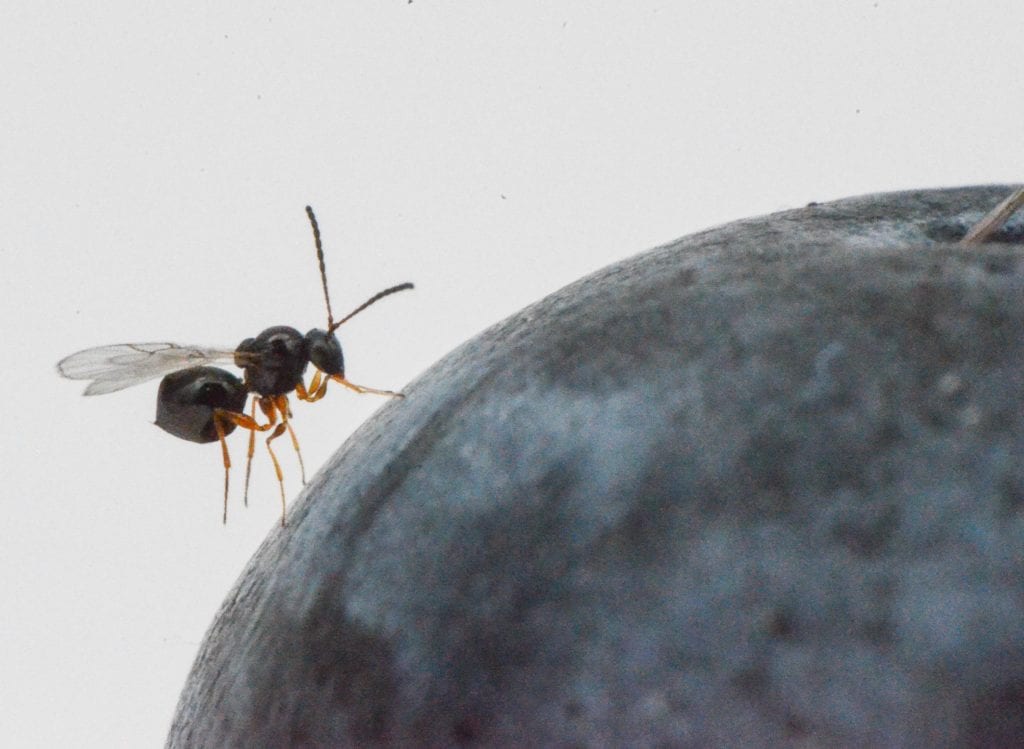 Dr Seehausen said, ‘New and emerging pests such as Drosophila suzukii can have a devastating impact on global food security so it is important we develop targeted pest management strategies to minimise the impact on fruit production in the EU region.

‘Our research has shown that Ganaspis cf. brasiliensis is the most promising candidate for introduction in Europe as biological control agent because it is the most specific parasitoidand inflicts a high mortality in D. suzukii.

‘Furthermore, itis able to parasitize D. suzukii larvae feeding in different fruits such as apricot, blackberry, blueberry, cherry, raspberry, and strawberry, meaning it could be a viable biological control agent in a wide variety of crops.’

Dr Seehausen said further research is currently being carried out, including cross-mating experiments with different populations of the parasitoid and further molecular studies to sort out the taxonomic status of Ganaspis cf. brasiliensis before it can be released to combat D. suzukii in Europe.

Dr Seehausen added, ‘But we first need to resolve issues including its taxonomic status of the parasitoid before recommending it for release.’

Dr Lukas Seehausen’s presentation to the ISFC ‘Progress in Research on the Use of Asian Parasitoids Against Drosophila suzukii’ can be viewed from the SCRIB platform. 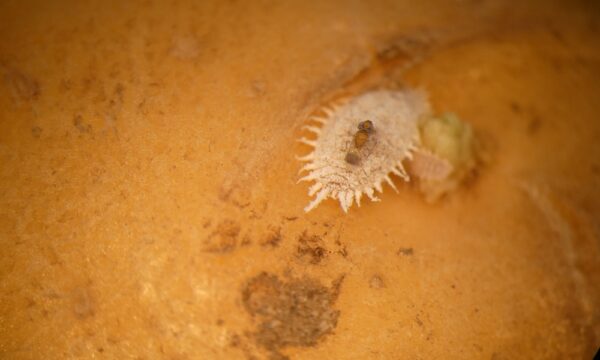 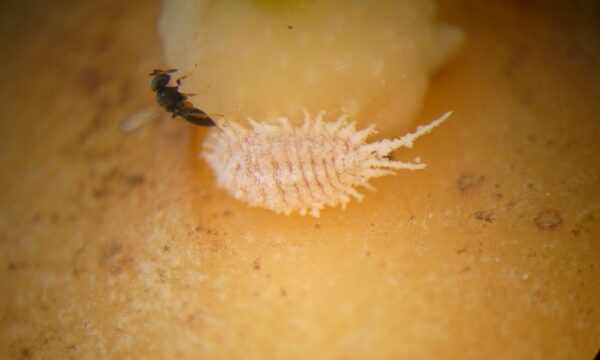 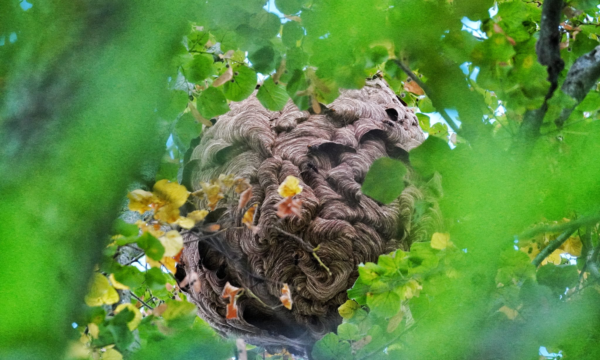