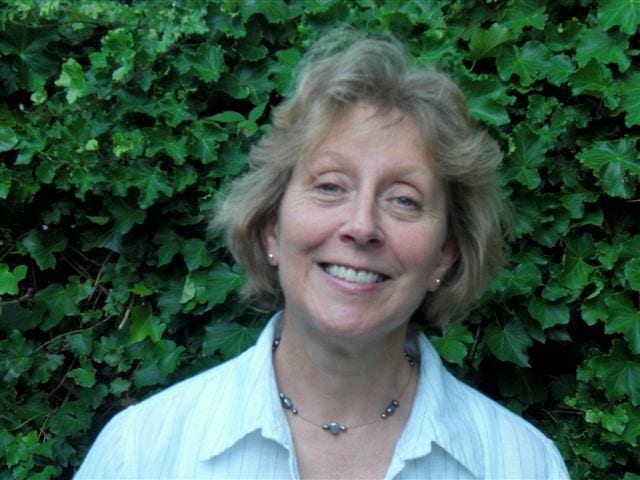 11 February 2019 – CABI’s Dr Julie Flood has become only the second female scientist to be awarded an Honorary Membership of The British Society for Plant Pathology (BSPP) for her outstanding contribution to plant science -particularly tropical crop diseases including vascular wilt of coffee and diseases of oil palm and cocoa.

The award was confirmed on the day of the UN’s International Day of Women and Girls in Science today (11 February) which aims to ensure full and equal access to and participation in science for women and girls.

Julie, a former President of the BSPP and founding member of the society, was bestowed the honour after 35 years’ experience working with perennial crops as part of her role as Senior Global Director for Commodities at CABI where she has also overseen projects in oil palm, high value horticulture and cotton.

Professor Dawn Arnold, President of the BSPP, said, ‘The BSPP is delighted to award Dr Flood an Honorary Membership in recognition of her outstanding and valued contribution to the advancement of plant pathology particularly in the tropics.

‘Not only has Julie played a significant role as former President of the BSPP but she has shared her expertise and research on the wider aspects of plant health and the impacts plant health issues can have on trade and on global food security.’

Returning to the UK, she joined CABI in 1996 as Senior Research Group Leader and was later promoted to Head of Department. In early 2006, she became Regional Director for CABI’s European Centre with responsibility for all financial and operational issues across the Centre.

In late 2007, Julie became Senior Global Director for Commodities at CABI helping to improve the management of pests and diseases, increasing productivity through the adoption of good agricultural practices and enhancing the quality of produce and improving market access for producers.

Dr Flood said, ‘It is indeed an honour to be recognised by the BSPP in this way. Of course, you never start out in your career to win accolades for your research but it is always satisfying nevertheless when such honours come your way.

‘I have always been motivated by the desire to find solutions to fight pests and diseases which can have such a devastating impact on some of the high-value crops we all enjoy  whether that is coffee, coconut, or cocoa which we use to make a range of products including chocolate.

Ultimately it is about trying to make a difference to peoples lives in the wider context and often that involves helping the millions of smallholder farmers involved in commodity crops improve their livelihoods for themselves and their families but also improving trade links and food security.’

Julie recently stepped down from her position to work part-time as a Senior Plant Pathologist for CABI where she continues to help champion the importance of plant health in food security and helping rural communities to become more involved with trade.

CABI scientists Dr Julie Flood, Dr Jayne Crozier, Dr Sivapragasam Annamalai and Muhammad Faheem are to share their expertise on plant health and food security at the first international conference on Tropical Fruit Pests and Diseases (TROPED) which will take place in Malaysia from 25-27 September 2018.